Embarcadero is serious about C++. And although we haven't talked a lot of about our future C++ products to date, we have been extremely busy over the past few years working on an amazing next generation C++ platform with some very exciting new capabilities. We just couldn’t wait any longer to share the roadmap with you.

At a high level, the capabilities we've been working on include a completely new 64-bit C++ toolchain for Windows, C++11 support with the industry's highest level of C/C++ standards compliance, and ARM support for mobile platforms including iOS and Android. These features have been in development over the course of the past eighteen months with most of these features planned for release in the second half of 2012 and the remainder planned to be released in the first half of 2013.

Shipping in XE2, C++Builder customers now have an Intel MacOS X compiler and are able to build single source code applications with FireMonkey for both 32-bit Windows and MacOS X. In addition to 32-bit Windows and Mac OS X, the new C++ compiler in development not only targets 64-bit Windows but also compiles iOS and Android natively for ARM processors.

While the new C++ tool chain is planned to support new desktop target platforms, for the first time we are working on enabling the C++ tool chain to support ARM processors for native mobile development with a shared code base. Both iOS and Android support are in development. For both mobile platforms, the new compiler will create optimized ARM v7 binaries. The FireMonkey framework is also being updated to fully support C++ iOS and Android mobile development with high fidelity native and custom UIs and native platform services and sensors such as GPS, camera, accelerometers, and more.

Last year, the ANSI/ISO C++ committee ratified a new language and library specification over a decade in the making called C++ 11. We are pleased to announce that we are planning for our new C/C++ compilers to have the very best in C++11 and C99 language and library compliance in the industry. In addition, these compilers support the latest versions of important C++ libraries such as Boost and ACE.

While the popularity of C++ has never diminished over the years, it has not garnered the same share of press as other languages and platforms. C++ has been the silent workhorse over the last decade. However, recently, the importance of C++ has become more widely discussed, for example, with Windows 8's native C++ support of WinRT and the Android Native Developer Kit (NDK). We are planning that our new C++ compilers will be highly standards compliant, will fully support VCL and FireMonkey, and will target new platforms and new compiler architectures - and all with the unrivaled productivity of RAD. It’s a great time to be a C++Builder developer.

This information describes Embarcadero’s general product direction at this time. The future development, release and timing of features and functionality remains at our sole discretion and may be changed at any time without notice. While engineering plans sometimes change, we are currently in Beta 1 for many of these capabilities and will soon be entering the Beta 2 phase. Our current plans are to ship support for C++11, 64-bit Windows and ARM iOS later in 2012 and Android support in the first half of 2013. When these new capabilities are released they will be available at no additional charge to C++Builder XE2 customers on active support and maintenance plans.


Give it a try now

We know many of you cannot wait to get your hands on this compiler so we are offering a special program for C++Builder developers to buy XE2 now with maintenance to get priority access to a preview of this compiler. On top of that we are discounting the license 20% until June 29, 2012. Find out more at
http://www.embarcadero.com/landing-pages/cbuilder-bundle
...全文
126 点赞 收藏 5 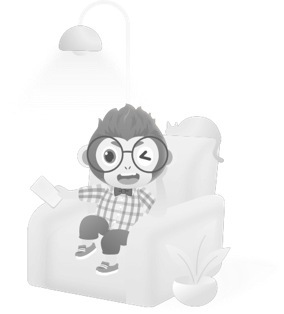