Considering that we will use wechat developer tools to make small programs next, we choose to use it. After determining the tools to use, we began to make the small program imaged in lab3.

The following is the expectation we made in lab3：

In terms of user experience, most users can't bear to register an account every time they open an application, so we use wechat login in this application to avoid the cumbersome step of registration.

Therefore, in the hall interface, we mainly want to enable players to join the game, view the battle records, view the rules and set the volume.

In the game interface, we hope to display the player's image after joining the game, and you can see the rewards of the current BoBing player at the bottom of the game. Of course, we also need a button to return to the hall interface, this button is to allow players to exit the game when they want. At the same time, we also set up the interface of remaining rewards, so that players can view the current remaining rewards at any time. We also add the Setting button and Rules button here so that you can see the rules and adjust the volume.

At the end interface of the small program, we designed to display all the rewards for each player in the round of game.

Then as long as you click to leave the game, you will jump back to the hall interface.

The above is our idea of the whole applet in lab3. Next, we will enter the implementation stage.

First of all, we considered the issue of weather we want to make networking. After discussion, we believe that it takes a lot of time to realize networking with our ability in a short time. In this pairing experiment, it is unrealistic to complete it within the predetermined time, so we decided to give up the networking function.

Next, we begin to realize the functions of the hall：

Click the Adding Game button and we can enter the game interface, also click the Reward button and we can see the rewards in last game for each player. We haven't add anything about establishing game, because we don't decide to make internet connecting.

Of course, if you click the Rules button, it will pop up the BoBing rules, like this：

Then let's go to the game interface, click on the seat to join the player and start the game： 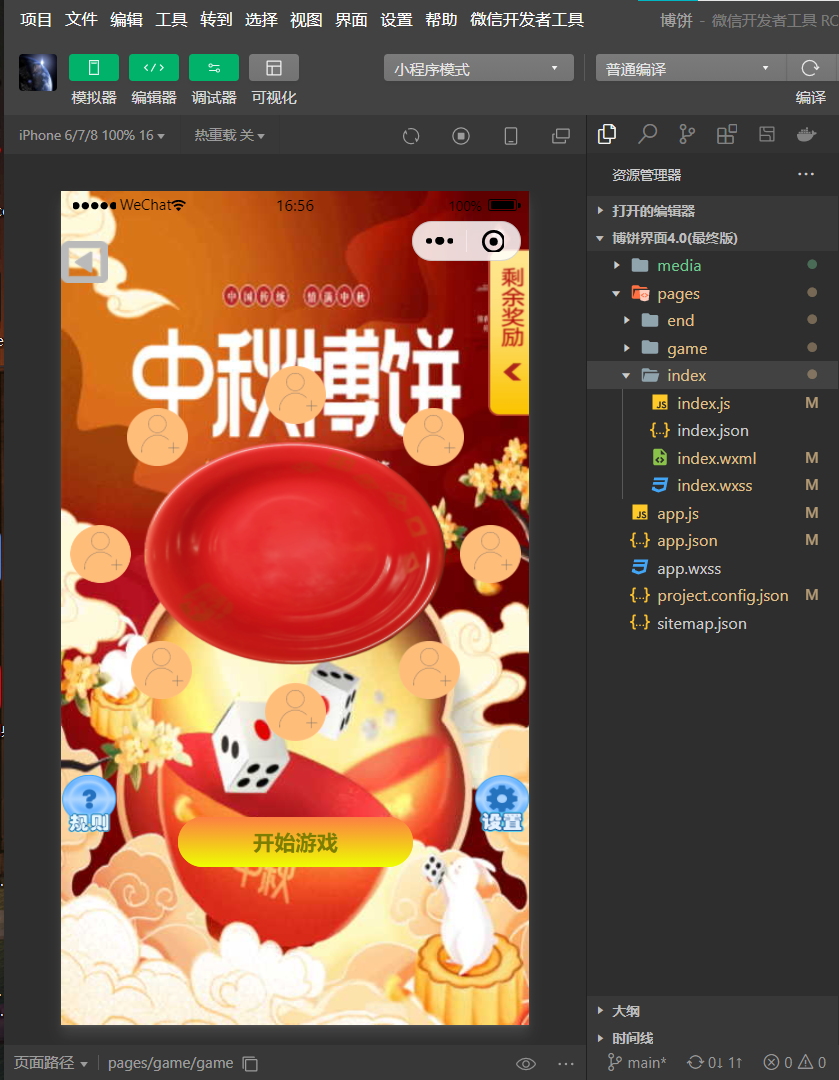 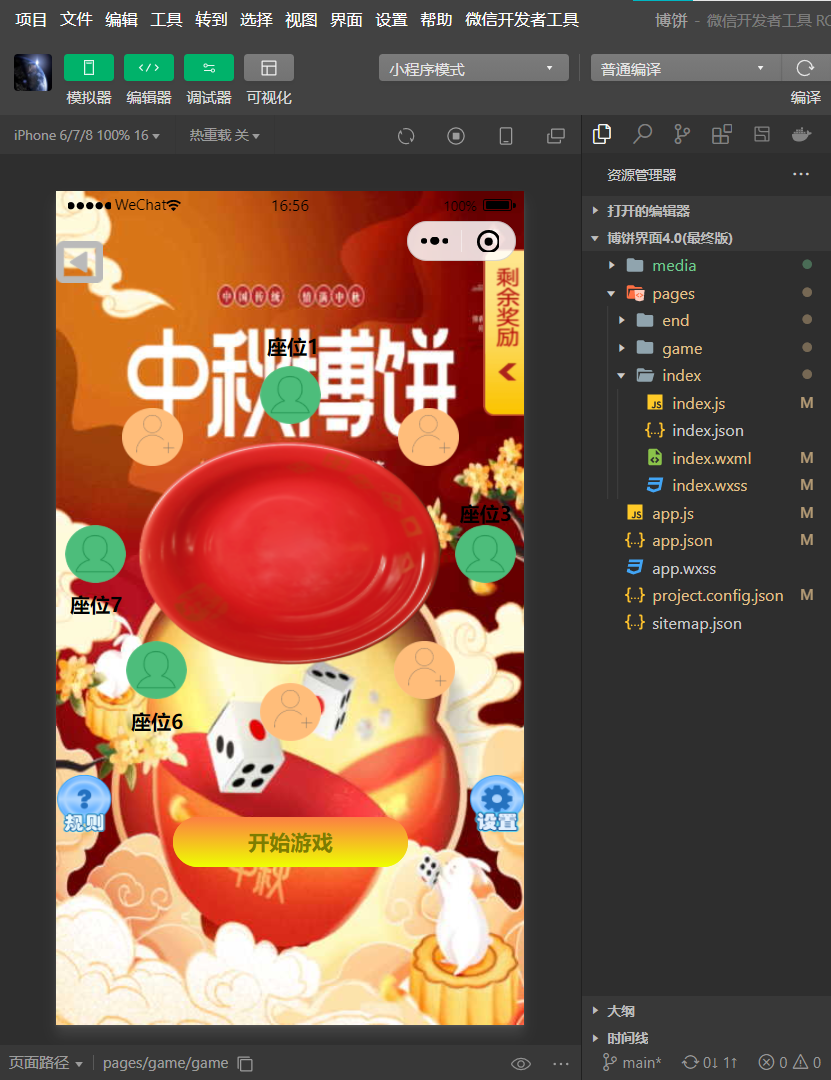 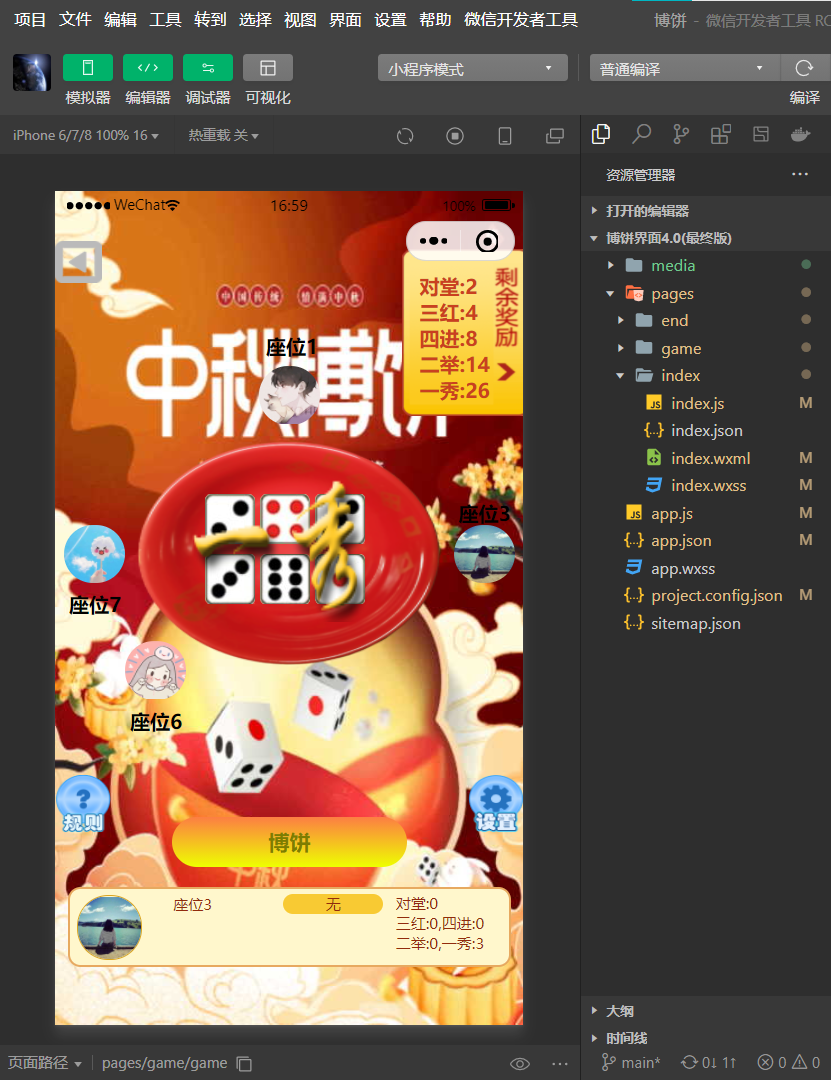 At the same time, the reward won by the current player will also be displayed in the box below. If someone won the ZhuangYuan, it also will display in the bottom with the point of the ZhuangYuan. 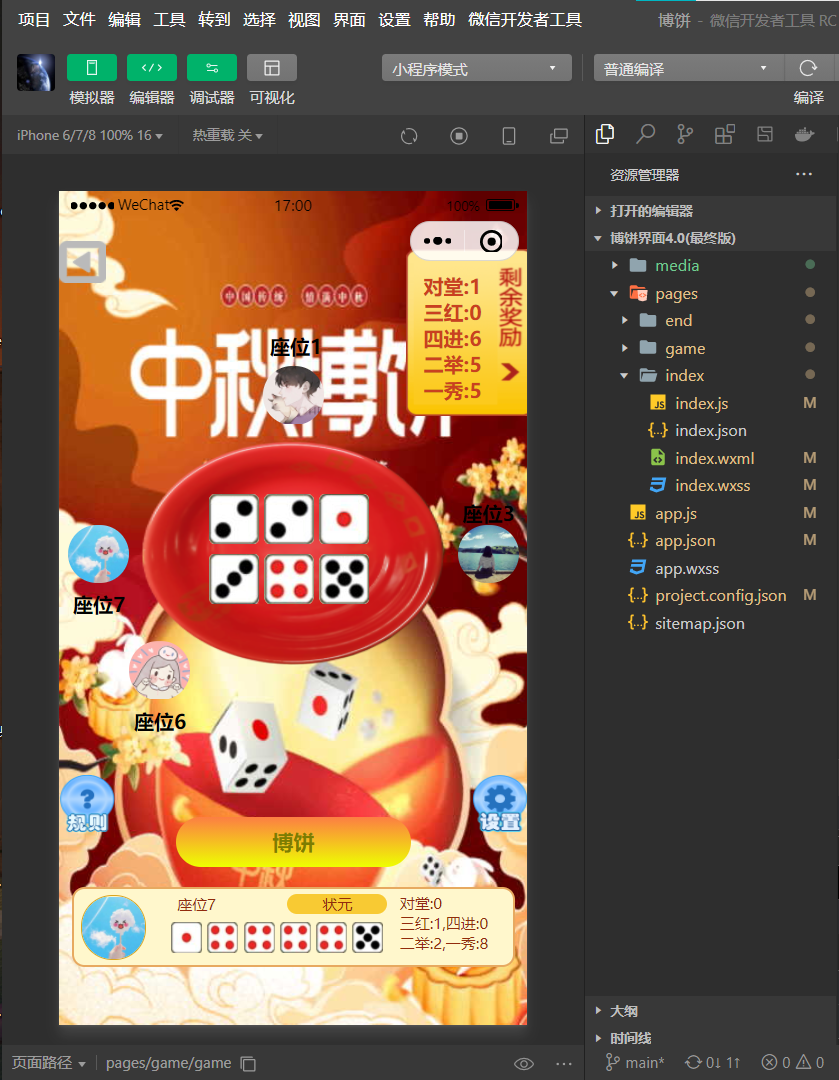 We also made a reward counting panel. It will tell you how many rewards are left. When all the rewards are drawn, the game is over.

We also added a interesting plug-in: we added a switch when we shake the phone, the BoBing game will start and the phone also will quake. 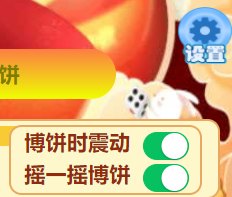 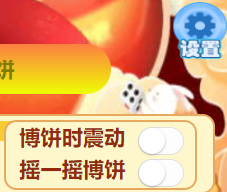 because we had never been in contact with writing small programs before, we encountered many difficulties in doing this assignment.

For the UI problem, we found the relevant code on the Internet and constantly debugged, and finally successfully realized the UI layout we wanted. For logic problems, we also spend a lot of time debugging and repeated testing, and finally succeed. Although we encountered many problems, we tried our best to overcome them all, and finally completed the small program in a limited time. 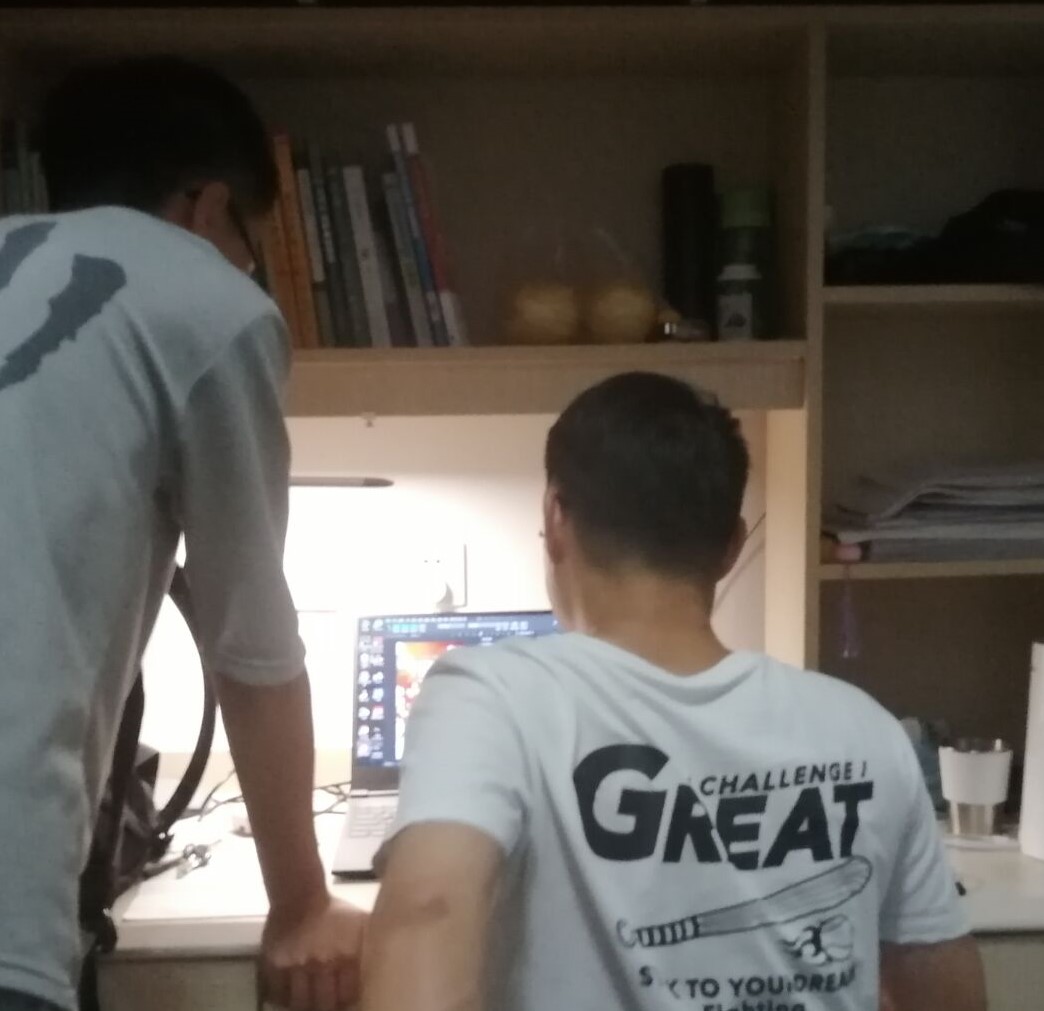